Can anyone out provide me with information on contacting Litton Loan Servicing. I have a seller whose property is going into foreclosure and I have been trying to work a short sale on the property. I spoke with someone at Wilson and Associates who gave me a pay off amount then referred me to Litton. However, I can not get through the phone system to speak with anyone about the property.

The seller has had health problems, can not pay and is not able to help much in the…

Glendale Short Sales: A Few Examples of Loan Servicers Not Doing Their Job

Glendale CA Short Sales and FREE LOAN MODIFICATION – Most people think the person they mail their mortgage payment to every month is the owner of their loan. Not so.

The largest owners of US mortgages are two companies that some would allege are owned by Uncle Sam. They are Fannie Mae and Freddie Mac. They own an estimated 55-60% of all US…

MARKET COMMENT Mortgage bond prices closed sharply lower last week driving mortgage rates higher again. We started the week with some flight to quality buying following word that Ireland received a bailout from the EU and the IMF. This spread fears of additional bailouts with talk of Portugal and Spain possibly being next. However, rates shot higher later in the week following two Treasury auctions. Indirect bidders, an indication of foreign demand for US debt, were below…

Reasons why banks do Short Sales

Glendale & Burbank California Short Sale Foreclosure Prevention Question: My house is in foreclosure? When will I have to move out?

High property taxes are forcing some people into foreclosure 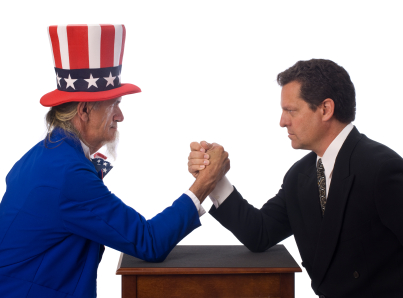 High property taxes are forcing some people into foreclosure…

Well....after all of the hoopla from last month's report that Wells Fargo will no longer postpone foreclosures on short sales, NAR reports that they've been in meetings with Wells (and several other large lenders) to address concerns regarding their short sale processes and REO disposition processes. Now, Wells is reporting that they WILL allow one (1) foreclosure postponement on a short sale if the following conditions are met...

Glendale CA –Wall Street Fat Cats say homeowners shouldn’t walk away from upside down
homes. Why? “If you do it, then everyone will start doing it”, they say. “It isn’t moral. People should own up to their commitments.

People should be responsible. This is more than just a contract. It’s what holds the entire economy together.” However, those same rules don’t seem to apply to the Wall Street…

Existing-home sales retreated in October on the heels of two strong monthly gains, according to the National Association of REALTORS®.

Existing-home sales, which are completed transactions that include single-family, townhomes, condominiums, and co-ops, declined 2.2 percent to a seasonally adjusted annual rate of 4.43 million in October from 4.53 million in September, and are 25.9 percent below the 5.98-million-unit level in October 2009 when sales were surging prior to the…

MARKET COMMENT Mortgage bond prices got crushed last week pushing rates considerably higher. Trading started negatively Monday when stronger than expected retail sales figures piled on top of the weakness seen the prior week. There was considerable profit taking as traders sold bonds. Tame inflation readings helped buffer some of the price increases and the Fed’s bond purchasing also helped but they were not enough to stem the negative trend of overall rising rates. For the…

I went to Georgia last week (KELLER WILLIAMS, WOODSTOCK) for an excellent class called "Short Sale Success" it was presented by EXPERT Short sale Guru JASON A WILSON. It was a 6 hour CE Class, and it was totally awesome. If anyone wants to have the "inside scoop" from someone who has been "on the inside".... TAKE THIS CLASS!!! He provided the ins and outs of the process, but also provided the secrets you could not possibly know unless you worked for these companies ON the inside. There was a… Continue

The Long Process of Foreclosure Gets Longer

The foreclosure process is getting longer and longer. According to statistics from LPS Applied Analytics:

Had Trouble with getting Approval at CITI Mortgage

I had some trouble getting short sale approval on a home in Ohio with Citi Mortgage that had gone on for 10 months. I began collecting emails from as many company officers and contacts I could find explaining the complications and general incompetence of the negotiator. I wrote an email and explained I would be overnighting the entire short sale packaged to the CFO, CEO and Head of Short Sale Dept within 24 hours and that I regretted the fact that I had to upset so many people at CITI as a…

Tips for Getting Vacant Homes Ready for Winter

The company offers these tips for ensuring that pipes don’t burst:

I have a Listing Appt. for a new S/S Listing. The Seller originally financed $999,000, which has now been paid down to a little over $800,000. California Franchise Tax Board info LIMITS deficiency exemption when the amount of qualified principal indebtedness exceeds $800,000. Does that mean that any amount greater than $800,000 will not be tax-forgiven, or that NO forgiveness of any kind is allowed if your loan amount is greater than $800,000 today?

I know we are neither tax advisors… Continue

Realtors RANT,this week was a really bizarre week for me. First, I lost 1 shortsale because the insurance for a jr lien (BOA) declined the shortsale 1 week before closing because the seller had an 811 credit score, he felt the seller could re-finance. refinance??? Dont you have to have equity for that, how about a job contract that wont end in 2 weeks? Did he even OPEN the hardship…

Would You Prepare Your Clients' HUD-1 Settlement Statement To Submit To Their Lender???

Recently, I attended another short sale class (because we can NEVER learn enough about these lovely suckers) and was totally floored when the instructor handed out blank HUD-1 Settlement Statements, and began to "instruct" the class on how to complete them. I watched as a class full of Realtors who were fairly new to the world of short sales intently listened and filled out the form as instructed. I quietly listened to her (while making an attempt to not show the disguest and horror on my face)… Continue