Does anyone have a contact that can escalate for a Seterus short sale?

Just finished my second BofA conventional short sale that paid 7%. They didn't dispute my listing contract or the HUD.

B of A - VA short sale - Requiring Appraisal Fee

I have a B of A - VA short sale - They are requiring someone to pay for another appraisal as the current one is 180 days old. I have done VA short sales before, but never in any short sale have I been asked to pay for an appraisal. Has anyone run into this with Bank of America?

Great news for people who need to short sell their Blossom Valley or Silicon Valley home!

If you have a hardship, loss of job, divorce, change in financial circumstance from medical or family issue, etc, you can now be considered for a short sale even if you have not missed a mortgage payment.

Freddie and Fannie will now have the same requirements and procedures which was not true in the past.

This is great news, especially for people who have a sudden change in their…

The Mortgage Forgiveness Debt Relief Act is a government bill that offers relief to most homeowners who would normally owe taxes on the forgiven debt after performing a short sale. The purpose of this act is to help homeowners avoid additional financial hardship by performing a short sale. This Act became a law in 2007. Prior to this act the borrower would have to pay taxes on their forgiven debt. With this act in place, a borrower does not have to pay income tax on forgiven debt in MOST…

Bank of America Comes into the 21st Century With Electronic Signatures

I am so excited about this news! I know, it doesn't take much for me to get excited, but this is really big news in my opinion.

Up until now if you are involved in a Silicon Valley Bank of America Short Sale they did not take electronic signatures. This would have been ok if the bank could sit with you in your conference room and look at the offers. We all know this does not happen and the paperwork will often be faxed several times before B of A gets to see a…

We've been hearing it a long time, but today a Chase representative actually initiated one of our files into equator today. Chase files will be initiated into equator similar to how GMAC does it. One cannot initiate it into equator themselves and will need the assistance of the short sale department. Let's hope their equator system moves smoothly! 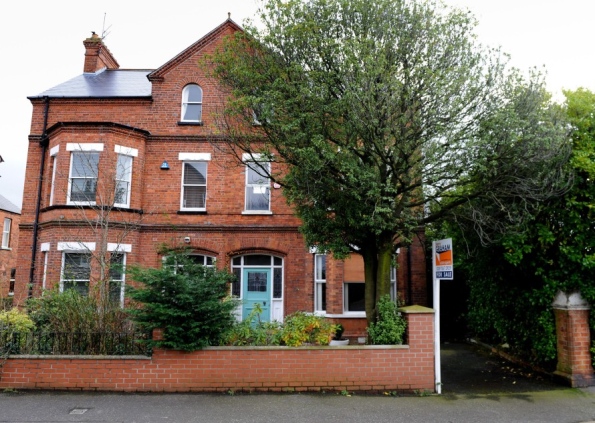 Auctions are a great place to find a bargain, particularly if you're a house hunter. And because they speed up the buying process - you have to complete within 28 days -…

I was reading about short sales, as I do every Sunday morning on a great site for short sale information Short Sales Superstars. There was a discussion about a Bank of America Short Sale that had been approved, and then denied after the approval, a few days before closing. The reason:

Surprise Surprise, B of A said this is not an…

Bank of America is Offering To Pay Off Second Mortgages??? |Carson| Leesa Hammond

Bank of America is Offering To Pay Off Second Mortgages?| Carson| Leesa Hammond

As part of the National Mortgage Settlement, Bank of America announced on Friday that it is in the process of  mailing approximately 150,000 letters to their pre-qualified homeowners offering to cancel their second mortgage.  The intention of Bank of America is to help improve the financial position of the homeowner by decreasing their monthly payment obligations and potentially creating an equity…

Not a local agent looking to refer Short sales

Chances are, among your family, friends, past clients and sphere, you know a homeowner or two who is having trouble keeping up with mortgage payments.  Current estimates are that 6.3 million homeowners in this country are currently in some stage of foreclosure.

With more than 25 percent of homeowners owing more on their mortgage than they could net for their home in today’s market, the solutions are complicated and far beyond the scope of the curriculum that we studied to obtain…

Most of us grew up thinking that if we planned well and played by the rules, we’d never have to stand by as our financial lives unraveled.

But upheaval on Wall Street, unacceptable rates of unemployment and plummeting real estate values have taken their toll.  Since 2007, 7.9 million homeowners have lost their homes to foreclosure. Current estimates are that one in four homeowners owe more on their mortgages than they could get from the sale of…

What is Mortgage Insurance And It's Affect On Processing Short Sales?

What is Mortgage Insurance?

Mortgage insurance is a financial guaranty for the lender that will help to reduce or eliminate a loss in case the borrower defaults on their mortgage. MI is almost universally required on loans where there is less than twenty percent equity. That means if you are purchasing a home with less than twenty percent down or refinancing to more than eighty percent of your homes value, you are going to be required to pay mortgage…

Follow Up to; Is Bank of America really doing away with second liens

I posted this original "report" a few days ago and I basically said, Yea right I'll believe it when I see it.  We'll I ready to say that so far it looks like they are actually going to do something that they said they were going to do. Bank of America and the other major bank players were all talking about doing Loan Mods the "Right Way" (You know reducing the principle balance) and cutting out the second mortgages. Pipe dreams right? It was always them saying the right things but…
Continue

Hi All, I have a question!!

....... seems one of my realtors is working on a short sale on a fha loan.... the buyer had asked for 4% closing costs....B of A said no seller contributions on fha shortsales....Personnally, Ive been lucky enough that I have only completed conventional ss's in the last few years...

.also, they want addendums stating that there will be no concession of any kind..... is there any other way to state this that might allow the concession?? Is…

Is this for real? I think I pissed off Wells Fargo.

Is this for real.

I asked Well Fargo for a 1 week extension on their short sale approval letter and received
the below reply.

I have many times asked for small extensions and received them.