They were punished for deceptive practices and unfair advertising.  Truth be told, they probably said nothing more than what the average agent tells their sellers, things like promising move out money, confusing deficiency with tax liability, poor…

The number of homes for sale in Sacramento has dropped every month since January 2011. The inventory of homes available in Sacramento county is 4073 homes. We had an inventory of 5367 homes back in January 2011. I am getting many more calls from investor buyers on homes less than 100k. I think these investors like the homes under 100k because they usually can rent for $1000.0 to $1100.0 per month. Now that we have record low interest rates and a lower supply of homes for…

Banks are getting their systems in place a little bit more with short sales.  Just received a short sale approval on a listing I have in Charlotte in 3 weeks.  Approval released home owner from all deficiences and all complete within 3 weeks of submitting an offer.   This was an owner occupant short sale.  Every time I called in,  everyone at HSBC that I spoke with seemed to know what was going on!!  Those of us that help home owners through short sales can find our selves beating…

Why It is a Good Idea to Choose a Realtor®

Why It is a Good Idea to Choose a Realtor®

While there are a lot of licensed real estate agents in most locations, the industry is quite tough.  A large number of people who apply for their license end up leaving the industry in a short time.  This means that there is a small number of Realtors® with licenses who have the experience and knowledge to truly help a person buy a home. …

Has anyone had any success with the Fannie Mae Help Desk?

I have a short sale that Green Tree is servicing and  Fannie Mae is comparing the seller's home, that is falling apart, with a newly remodeled one 2 houses over and is insisting that the house is worth 100k which is what the new one sold for. Even the BPO and the CMA I sent them is in line with the contract price and yet they still want minimum 90k for a property that is really worth 65k.  What was interesting is that the…

Ok my Fellow Realtors...I understand if you don't want to share your success secrets with short sale lead generation but one area is puzzling me and would love to hear feedback :))

I am still trying to break into the short sale business.  I got my SFR and CDPE, have all the knowledge and confidence in the area, but having an issue with my marketing area.

I believed that marketing to distressed sellers with a notice of sale on their property, would be such a helpful tool to…

India's richest man billionaire Mukesh Ambani is building a home that is close to 1 Billion Dollars. It is 27 stories high, has 3 helipads, 600 wait staff, and a garage fits 160 cars.  Other reports show the actual cost is over 1.8 BILLION… Continue 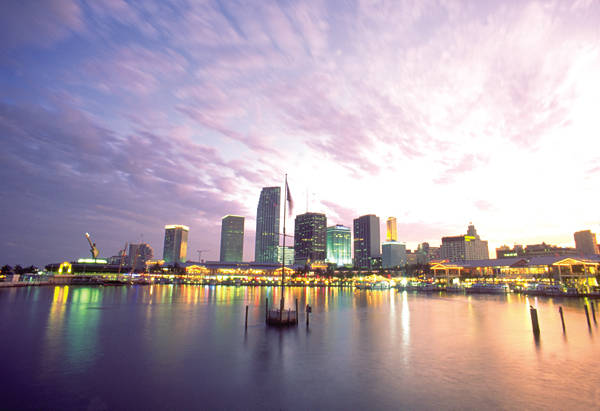 Miami: The Place to Be

American Hotspots According to Non-Americans Are international house hunters looking for a piece of the American Dream in your city? Most likely if you live in the Sunshine State.America is often called the land of opportunity, but these days, it might be more accurate to describe us as the land of dirt-cheap real estate. In the past…

Choosing your location to live for a profit!

Just on computer trying to decide where I can be most effective - Realtors, Small Business Owners with people who need to make a timely change for survial and profit.

It has been said the 3 most important things in Real Estate is location, location, and location. Under neath all is land, whether it be your home, or business.

Nothing remains the same whether it be in good times or bad times. However, you are the only one who can assess the situation, and influence the…

Just completed the certification for HAFA specialist....found it very informing and great for building upon the CDPE course.

loan mod would be for B of A...FHA loan...it looks like the borrowers housing dti is below the normal 31% mark but her total dti is at a breakeven with her bills..she is trying to figure out if the loan mod process is a waste of time.

Mobile Phone Security is an Issue


SEATTLE – Sept. 20, 2011 – Tech firms are ramping up offerings for businesses and consumers on mobile security, responding to the growing threat from hackers and viruses hitting mobile devices.

Mobile devices are “uniquely more sensitive than PCs,” because “the device is with you all the time,” says Tarek Alawdeen with Trend Micro.

And the mobile threat is not about just about…

The social-networking giant is undergoing a massive site makeover that brings music services and mobile advances along with some big steps in next-generation video sharing. The features are expected to be unveiled by Facebook on Thursday at its F8 developers conference, USA TODAY has…

I'm glad that there is  such blog or forum to assist real estate agents, share individual experiences and most of all help one another to make our country strong and get it back as it was back in mid 90's traditionally.

Real Estate is one of the country strongest business in the world not only in the US but across the nation.

Real Estate industry has a large affect to our economy. Real estate and mortgage profession must work together and help our…

A steady drop in property inventory for sale, combined with a stable sales demand in the Sarasota real estate market, is pointing toward normal, healthy property appreciation in the coming months.