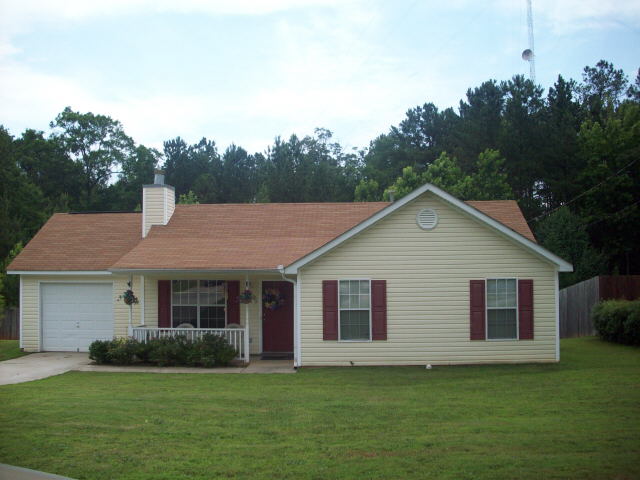 June 9, 2010 - Submitted short sale paperwork to lender along with offer and preliminary HUD-1

The restoration of the single-family rural housing program that would guarantee home loans for rural buyers was passed by the Senate today and is on its way to President Obama.

The National Association of REALTORS® has vigorously lobbied to restore funding for the rural program since last March, and hailed this development as a great victory for rural home buyers.

Contemplating Purchasing A Short Sale??? Here's what's in it for you!

For years, the term “short sale” has been the antithesis of the real estate market….from holding your breath for seemingly an eternity waiting for a loss negotiator to let you know whether or not you’ve reached their “golden figure” to wondering whether or not the listing agent is acting as an automatic offer vessel funneling as many offers to the lender as humanly possible. Let’s face it, for…

ForbesWoman calculated the best cities for working females raising children. To pick the 10 best, it factored in crime rates, quality of the schools, availability of good healthcare, employment opportunities with high earning potential, and a budget-friendly cost of living.

Here are their picks:

A good Short Sales specialist is like a Magician with a great trick up their sleeve ! Learn how.

As I join this network I was excited to see so many of us agents that are dedicated to this highly specialized field. In my 5 years as a local agent in Las Vegas I dedicated my career in Short sales. I have truly come in to my own.Back then in 2005, not many agents in real estate even knew what a Short Sale was. Every one was busy following the general market. As we got into 2007 and the market was was in the starting fazes of a down turn I…

There are millions of homeowners who are looking for alternatives to foreclosure and don’t know what to do.…
Continue

Applications to purchase homes rose 3.4 percent last week compared to the previous week on a seasonally adjusted basis, according to the Mortgage Bankers Association weekly survey.…

Would you recommend to a seller to continue to pay the condo fee's while waiting for the short sale to be apprvoed?

MARKET COMMENT Mortgage bond prices rose pushing mortgage interest rates lower. Retail sales figures came in lower than expected with a 0.5% decrease. The Treasury auctions were mixed but didn’t result in much volatility. Inflation generally remained in check as the producer price index fell 0.5%, lower than the expected 0.2% decline. Core consumer prices were slightly higher than expected with a 0.2% increase. Weekly jobless claims were not as bad as expected but continued…

Short Sales are Better than Foreclosures

Why go through the hassle and headache though a foreclosure
It is very stressful dealing with the banks and having a family.
First things first keep your family together!!!!!!.
Some banks are giving money for cash for keys and some banks are not giving nothing for cash for keys.They just want to evict you!!!!!!!There is so much stress dealing with the banks.
I have done many short sales here is .
I close 95% of my short sales. We have buyers and investors looking to buy… Continue

When I signed up for Preferred Partners a couple of weeks ago - I thought, there goes money down the drain again! I was pleasantly surprised to see that I have received a potential short sale listing so soon! And I was surprised to see how quickly Mike responds to emails - I consider this to be a win - win situation for all!

Short Sale or Foreclosure...which is better??

The whole purpose of doing a short sale is to avoid foreclosure. Most of my clients going the Short Sale route, have no money whatsoever, otherwise they would keep their home. The media is encouraging them to short sale their home instead of foreclosure. Only thing is that when they see light at the end of the tunnel when short sale is APPROVED, the bottom fall out because the bank asks the seller for 3k to 10k cash at closing or a promissory note made in payments over a period of time. Then…

MARKET COMMENT Mortgage bond prices were near unchanged holding rates unchanged overall for the week. We started in positive territory as rates held low following the extended holiday weekend. Unfortunately some considerable stock strength pressured mortgage bonds lower and rates higher mid week. There wasn’t much data but the weekly jobless claims did come in better than expected which didn’t help rates. Rates initially fell by about 1/8 of a discount point the beginning of…

I have been selling horse properties for many years, and it never ceases to amaze me how grateful my buyers are that I actually know about horses and their needs. I own a couple of terrific horses myself, so I'm truly familiar with what it takes to have a horse on your…

Relocation News is Getting Better

The economy is normalizing with only 1 percent of those in a recent survey saying they were moving because they lost their home to foreclosure, according to Relocation.com, which has been tracking people who move for the last year using a series of surveys.

In February of this year, a survey found 5 percent of respondents saying that was the…

Yes you can get a Foreclosure reversed! I did!

Update on my Blog Post; Should you tell the bank No Way or should you sleep on it? Yes it can be done if you know what to do.

In my original blog post, my seller's bank (one of the big 3) foreclosed on the short sale with an approved…

I have a listing and the loan is owned by Freddie Mac. I successfully sold the exact same floorplan 3 months ago for $275,000. However, on this listing, we were unsuccessful in obtaining an offer until the list price was lowered to $255,000. The servicer came back and said their appraisal came back at $275,000 and countered the buyer. Buyer accepted but when her appraisal was completed it came back at $265,000. So naturally she requested an amendment to the sales price. I have tried providing a… Continue