Reputation And Choosing a Realtor To List Your Sunnyvale Short Sale

In 2007 the Sunnyvale market was very competitive for buyers, especially for homes in the Cupertino School District. Many homes were getting multiple offers (like today) and nerves were often frayed (like today). I was working with a very nice couple who were looking for a single family home with Cupertino schools. They made several offers before one of their offers was finally accepted.

One house came on the market in…

what can you do if the incentive before but the buyer took too long to close and when you ask for an extension they took the incentive away.

This SS with BofA has been negotiated and approved as a COOP short sale, the initial approval was issued with the following conditions: 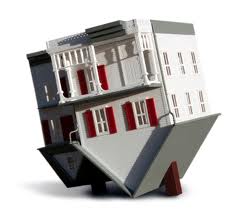 The main reason for delinquencies is the unemployment that is in this country.  States like Nevada, Florida…

'nothing in this Demand Statement or in the release of the note shall waive the right to seek a deficiency under the loan documents or any of its other rights thereunder, and the obligations evidenced by the note shall remain in full force and effect until paid off.'

The letter starts off with Re: Demand Statement for Loan # xxxx

The Wisconsin housing statistics are now in for May of 2012. Here is an excerpt from what the Wisconsin Realtors Association (WRA) had to say:…

Short sales are starting to become the preferred method for banks
to dispose of properties in default. In short sales, borrowers
who owe more on their mortgages than their homes are worth agree
with their bank to sell their homes at the lower market value. In
return, the bank agrees to absorb the loss. During the last
quarter of 2011, there were more than 88,000 short sales, up 15%
compared with a year earlier, according to RealtyTrac. Short
sales comprised…

This was the first time I did a SS with PNC, at the last stage when we had a Negotiator we lost our buyer but had a back up, our Negotiator closed the file and send us back to square 1. Once we started the process again, I ended up with a different Negotiator and I learned that the first Neg didn't have to close it, he could have worked on it but didn't want to. If that happens to you, get in touch with the supervisor immediately, otherwise it will take another 2 months and your sellers will…

Equator on an Ipad

Is anyone aware of an app that'll allow photos and documents to be uploaded into Equator from an Ipad?

Advanced Question - What is the difference between the Investor and the Trustee on the note?

I was told the Investor on the note is Bank of NY.
Contacted them directly, and, they said they are the "Trustee" on the loan and that B of A has final and sole decision making power?

Huh, anyone know the difference or can better explain what the "Trustee's" role is on the loan or short sale?

I have calls in to the 3 persons I… Continue

Owner not on Loan, only on Title & wants a Loan Modification... How can I help him?

I have done tons of short sales and loan mods, but I need some advice on a somewhat uncommon situation.

Husband and Wife bought home in 2003, though put only Wife on loan at time due to credit issues with Husband despite that Husband was and still is primary bread winner. Both Husband & Wife are on Title.

Couple splits a few years ago, amicably, Husband remains in house & continues with payments, but now Husband wants to get a loan modification as he does sales and poor…

Does anyone have a contact for the HELOC Short Sale Department with Chase?  I keep getting the run around.

Has any body delt with American Home Mortgage Service?

We have someone wanting to do a short sale and the first lien holder is American Home Mortgage Service. I have never heard of them before and was wanting some advice on how to deal with them. Any comments are appreciated! Thanks!

I have recently found that the BofA Presidents office is very helpful when people are not cooperating with me. I now am having some trouble with PNC not doing what I need them to do. Does anybody have a good contact number of a person who would help that is higher up? Maybe the equivalent of the presidents office or something like that? Any advice is appreciated!

Does anyone have a phone number to reach a real person at  Aurora Bank.  They do not return calls, fax or email.

Have a Short Sale and have submitted all requested documents and have left numerous messages. I have called all the 800's and just get voice mail!! Very frustrating.

Thanks for your help.

Here is today's market listings update for Active short sale single family homes located in Janesville Wisconsin. This information was pulled from the South Central Wisconsin MLS on 5/31/2012 at 10:30 A.M.