The Federal Housing Finance Agency (FHFA) today announced that Fannie Mae and Freddie Mac will offer a new, simplified loan modification initiative to minimize losses and to help troubled borrowers avoid foreclosure and stay in their homes. Beginning July 1 2013, servicers will be required to offer eligible borrowers who are at least 90 days delinquent on their mortgage an easy way to lower their monthly payments and modify their mortgage without requiring financial or hardship…

The Wisconsin housing statistics are in for March of 2013. Here is an excerpt from what the Wisconsin Realtors® Association (WRA) had to say:…
Continue

Strategic default.....sounds good until your character is questioned....

I overheard an interesting conversation in the office yesterday. Apparently, an agent showed a rental property that was listed by another agent in the office. Of course, the listing agent asked about feedback and the showing agent excitedly mentioned that his clients were interested in the property. Their conversation quickly changed to the reasons why the prospective tenants are now choosing to rent and he mentioned that they were doing a strategic default on their…

Purchasing a Home after foreclosure or short sale

When in Arizona have options for purchasing 1 day out of foreclosure or short sale. The loan programs have restrictions, but you can actually go purchase a home without having to do fancy things like owner financing or lease purchases. The lender who I use for this kind of financing says their lending institution does these outside of Arizona too.

If you are local to Arizona looking for homes for sale and would like to learn more about this financing options then please contact me.…

The Underlying Economy of Home Ownership.

Market is smokin' hot, but dig deeper than the surface to look at all of the causes of this seller's market, and you will find there are more reasons for the lack of inventory than not enough sellers.

The media isn't actually digging in to look at all of the numbers either, much like the Bureau of Labor Statistics no longer reports accurate data on unemployment. When you dig deeper into the instruction so the current administration and look at fiscal policies a little more, you will…

Andreea Stucker thought she made a good investment when she bought a Huntington Beach condo with her boyfriend in December 2005.

But then she and her boyfriend split up. He moved out just as the housing market crashed, leaving Stucker…

By Jeff Collins of the Orange County Register, March 19th, 2013

"Rising home values pushed nearly 28,000 Orange County homeowners “above water” last year, meaning their homes no longer are worth less than the amount owed on their mortgages, CoreLogic reported Tuesday.

The number of underwater homeowners fell to 15.3 percent of all homes with…

By Colin Robertson from TheTruthAboutMortgage.com,  February 13, 2013

"If you happened to catch last night’s State of the Union speech, you may have noticed (between the incessant clapping) President Obama’s mention of a bill that would give American homeowners the chance to save $3,000 annually by refinancing their mortgages.

While it was his only mention of “mortgage” on the night, at… 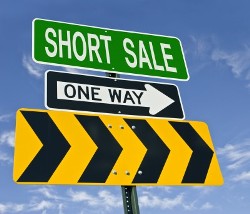 There is a lot of misleading and incorrect information about South Orange County real estate short sales.

Many people don't have a clear understanding of the purpose of short sales or how they actually work.

Essentially, a short sale is when one sells their home for less than the balance remaining on the mortgage attached to the property.

The proceeds from the sale are used to repay a pre-negotiated portion of the balance to settle the debt.

For all of 2012, servicers completed more than 850,000 loan modifications, while the industry also continued to push for another foreclosure alternative—short sales, according to recent data from HOPE NOW, an alliance of mortgage servicers, investors, mortgage insurers, and nonprofit counselors.

Does someone have a PNC connection number? I need a manager or someone even higher up in the chain regarding short sales.