People who are facing a foreclosure now have quite a few ways to stop it. Being on a hardship can be tough on its own, but losing your home can add a whole new dimension to it. A home can also be…

I am sure we all have.  I coulda bought gold at $400, I shoulda bought Apple at $25, or I woulda put more money for my retirement when I had the chance...

Would you rather Buy Real…

I received a phone call this morning from the Bank of America short sale escalation team, as a Los Angeles Short Sale Agent, I thought it was about one of my B of A short sales. The representative on the call explained that they would be testing out a new web tool in case any escalations are needed. This could be used if Bank of America were taking too long to respond on the short sale, for foreclosure sale extensions, more time needed on a closing etc. I'm supposed to be receiving an…

"NEW" New Year's Resolution: Get Out of Your Underwater Home! Make it a Healthy Happy Debt Free Stress Free 2012

Make a "New" New Year's Resolution to Get Out of Your Underwater Home!

Sicklerville NJ: We all begin our New Year with Resolutions and most of them are the same. Spend more time with family, make more money,quit smoking, quit drinking, lose weight. In 2012, the resolution of choice for many will be... Get out… 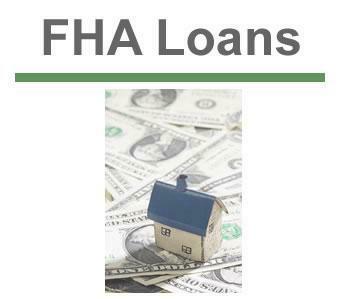 Housing Crisis to End in 2012? Standards-It might just be time to buy!

Chris Thornberg, a former UCLA economist and a founding principal of Beacon Economics, was very skeptical of the housing market in 2007. However, in an article by the Orange County Register on January 13th, he is quoted as saying that now is:

Is this the right place to ask for help? BAC HAFA

BAC has emailed me to use the BAC-HAFA short sale site for email, but didn't tell me how to get there.  I think (too frazzled after failure to be sure) I may have tried to access it last week but was not able to successfully complete sign-up.  Or I may have been on some other BA site.

WARNING TO YOUR SELLER'S REGARDING DEFICIENCY LANGUAGE!!!!!

WARNING for any of your Seller's thinking they can just agree to the deficiency rights post closing, and, then declare bankruptcy to "make it go away" later.

We just got an approval letter for a Wells Fargo second lien, and, it SPECIFICALLY PROHIBITS the Seller from including the banks deficiency rights should they elect to declare bankruptcy in the future!!!

Translation - even if the Seller declares bankruptcy, the DEFICIENCY RIGHTS CAN NOT BE… Continue

If anyone has non-MLS or upcoming listings that meet the following criteria, please let me know. I have investment clients for multiple units this weekend and inventory in the MLS is scarce. Thanks!

A third quarter report through Moody’s Investors Service said that servicers are beginning to sort and work through some of their foreclosure backlogs.  Moody’s report also shows that loan modifications are on the decline and servicers are opting to loss mitigation alternatives such as …

Getting the Buyer and Seller on the Same Page

One of the most neglected, and yet, most important part of a successful short sale is getting both buyer and seller on the same page.  This may stem from the traditional way of thinking on a traditional “retail” sale:  It’s “Us against them.”  This does not apply to short sales, and if you can over come this mentality, your closing success will…

Servicing Company using bogus subcontractor to skim 1% for themselves

A few days ago there was a post about bogus subcontractors skiming 1 % of our commission.  I encountered this this week and the story follows.  We do not have to stand for this!  You State Association can help.

I had this happen last week.  We closed the sale so the buyers and seller could move on then we referred it to the NC Real Estate Commission.  What we discovered is that this group, NCLM out of Connecticut; is a licensed RE Brokerage.  They claim reciprocal rights with…

Looking at the Mortgage Note

Has anyone else run across this situation -- the mortgage note that is on file in the courthouse was sold. There is no assignment letter filed with the note. No one knows who bought the note.

Short Sales on The Rise In Orlando, Florida

In November, Orlando Florida homes found itself up $115,000, from the previous year. Short sales are taking the credit for this, says the Orlando Regional Realtor Association.  In November, 2011, short sale transactions increased to 39.38% compared to the previous year, while also the median price of short…

1.  Lenders are making a big push for loan mods.  Based on my recent experience some of the large lenders like Bank of America prefer loan mods…

clients are current on their first which is with LBPS and second was with HSBC which has been charged off.  can they still do a short sale and will the first do any settlement with HSBC?  I have heard that many banks will not even talk to you if you are current on your first.  any suggestions??