Dealing with sellers is not something often talked about, yet it is a crucial part of the Short Sale process. I have had sellers who sabotaged their own short sale, and I think it is important to dedicate a discussion to the psychology of sellers and how to address them. 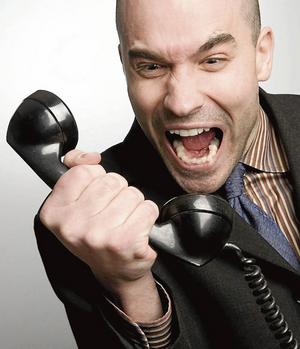 At first I thought the reason some of the Short-Sale sellers I was dealing with were dragging their feet was due to procrastination. I can not imagine that dealing with paperwork is very appealing to someone who doesn't even want to think about the hardship they are in. I could understand that.

However it dawned on me there might be more to it. I have a sense that some sellers believe that they can squeeze a couple more months of free rent by manipulating the rate of the process. I do not believe most have a sense of the risk involved and the amount of time things can take on their own without introducing any additional delays.

Have any of you encountered the same?

Permalink Reply by Sara Mehrpouyan Los Angeles CDPE on February 26, 2010 at 6:17pm
There are people out there who try to manipulate and use things to their advantage, unfortunately. I spoke with a homeowner that told me that she purposely stopped paying her mortgage so she could get a loan modification. She said she wasn't planning on leaving or a short sale. Well, what happens if she doesn't qualify at the end of it all? She may lose her home.

[...] I spoke with a homeowner that told me that she purposely stopped paying her mortgage so she could get a loan modification.


Wow, that's pretty scary! Unfortunately some of it is coming straight from the financial people. I remember listening to one of the mortgage company reps admit that often they ignore requests if the homeowner is up to date on their fees. Homeowners are between a rock and a hard place, and i really feel sorry for them. i think we need to make a package explaining the options and dangers for all agents of the Network to be able to offer as resource. What do you guys think?

There are people out there who try to manipulate and use things to their advantage, unfortunately. I spoke with a homeowner that told me that she purposely stopped paying her mortgage so she could get a loan modification. She said she wasn't planning on leaving or a short sale. Well, what happens if she doesn't qualify at the end of it all? She may lose her home.


Unfortunately, a lot of banks tell sellers that they cannot help them with a Loan Modification until they are at least 3 months behind on their mortgage. So, instead of "just barely" paying the mortgage for a few months, they let it go late, try to do a loan mod...only to find out that 1) the foreclosure clock started ticking, 2) they no longer qualify for a loan mod because now those mortgage lates have hit their credit, and 3) they attempt to play catch-up with new late fees and interest tacked onto their loans.

I know that there are people out there who "milk" it for all they can. I've seen them, but the VAST majority of people we meet are in a real hardship, are living in denial because they are so overwhelmed, and are trying to figure out what the next step is.

I think that even if the people who "milk" it are broken down, you may find that this is just a defense mechanism for extreme anger and "feeling taken advantage of". In the mortgage boom several years ago, people got suckered into getting homes they could not afford using Stated Income, No-Doc Loans, and all other kinds of ARM loans (and hell, being "pre-qualified" on their GROSS income and not their NET (which makes a huge difference!). While all of those loans have their place, they were used incorrectly in a lot of instances and left a lot of people trying to refinance out of those loans and failing because of the bank lock-downs in the wake of the market crash.

I think that there are, actually, very few people who are truly trying to get "free rent" as opposed to people who are just trying to figure out where to go next. And, as we all know...everyone deals with stress/bad news/etc. differently.

Permalink Reply by Amos Elroy on February 27, 2010 at 1:13pm
I don't think these owners are trying to take advantage of the system. After all they did not choose to be in this position to begin with. Obviously they are just trying to mitigate the damage, which is understandable.

The problem is they may jeopardize the short sale if they drag their feet too long. It is a risky manipulation.

Permalink Reply by Maggie Quinn on March 8, 2010 at 4:16pm
Am I the only one who doesn't feel sorry for the borrower who borrowed more then they knew they could ever afford. Did someone hold a gun to their heads making them purchase a home that was way out of their pocketbook? These are the same people who will continue to milk the system as long as they can, they have nothing to lose and free time in the house to gain. The people my heart aches for are those that purchased within their means and now have a home that is near worthless. These homeowners are they ones paying the bill for the others. I get myself in such a tizzy when I see all these sad sack stories about those poor people who were lead to their slaughter by big bad banks, real estate agents and anyone else but themselves. Sorry I had to vent.

Permalink Reply by Amos Elroy on March 8, 2010 at 5:05pm
Maggie, short sales only apply to people who are in this situation due to a hardship to begin with. If they can not show a hardship its the foreclosure for them.

So, yes, there is good reason to be compassionate with these owners. They are in this situation mostly because their circumstances changed, either they lost their jobs, got sick, or divorced, not because they were being reckless.

Permalink Reply by Lisa Allen, CDPE, SFR, CSSG on March 11, 2010 at 12:42pm
I had a potential client who was living in a home that he purchased 3 years ago....his family's dream home. He figured out that his home was worth $100,000 less than what he paid. He actually wanted me to list it as a short sale, get an investor (no one other than an investor) to purchase it so that he could lease purchase it back from the investor! He ultimately wanted to buy his own home back for a discount. That is trying to take advantage of the system! Needless to say, I ran away from that one!

[...] He actually wanted me to list it as a short sale, get an investor (no one other than an investor) to purchase it so that he could lease purchase it back from the investor! [...]


Ha, except I don't see how they would be able to get away with it?

Permalink Reply by Terry L. Osburn, SFR on March 16, 2010 at 12:42am
Many are operating out of panic and fear......They are not being rational. Some are very well aware of what they are doing and trying to beat the system.
We have had a few we were very concerned about being suicidal and/or very depressed.
Many are so frustrated because of all the paper work and the emotions involved for the length of time it has taken.
In re: to those who want to lease back and rebuy later---that has actually happened here in the Bay Area.....They get family members to purchase whose last names do not match theirs.......
I had a short sale near approval a few years ago and at the last hour found out the buyer was an Aunt of one of the sellers..came out because they had to sign the arms length addendum and they balked.......even the buyers agent was not aware the buyer was related......This was after I had explained to them before taking the listing that no family members could purchase........ended up going into foreclosure......